About the Arthur Ransome Trust
Our projects
Our progress
Our plans 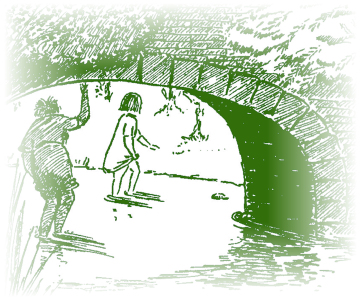 About the Arthur Ransome Trust

‘They aren’t human footprints at all. They’re the hoofmarks of a mastodon.’ She looked across towards the mainland. Those marshes might stretch for miles. Anything might live in them and nobody would know.
Secret Water

ART is an educational charitable trust. We are registered by the Charities Commission for England & Wales, No 1136565. As a charity, our tracks are all about helping people discover, appreciate and enjoy Arthur Ransome’s life and works. ART is currently managed by four Trustees, Paul Flint, David Hambleton, Helen Lewis and Geraint Lewis.

Our Deed of Trust defines ART’s purpose (its charitable “object”) as: “…the increase of… (the general public’s, ie everybody’s) “… knowledge, understanding and appreciation of any matters relating to the life and works of Arthur Ransome”. Our long term aim is to fulfil this work at a permanent Arthur Ransome Centre. More immediately we are doing so through a range of active projects. 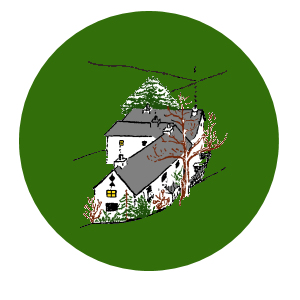 Our A Ransome Home project exists to create a permanent Arthur Ransome Centre in the southern Lake District. 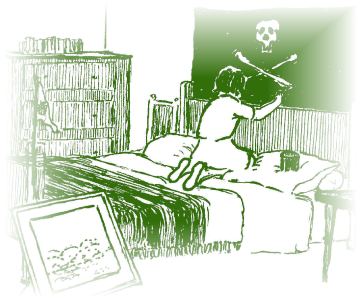 This sounds simple enough. But in reality we know it is an ambitious target. Achieving it requires research, consultation, awareness-raising, team-building, business-cases, fundraising and more beside. Some of these activities can’t even begin until we’ve made sufficient progress with others. But progress with all are necessary before we’ll be able to acquire, develop and open a centre. We realise, therefore, that we’re some way from ceremonial ribbon cutting! Fortunately this does mean that we have had time in which to think about why a Ransome Centre matters, and what form it should take.

We are drawing inspiration from the way that the Collingwood family, Arthur Ransome’s mentors, welcomed him into their home and lives at Lanehead, Coniston. For the Collingwoods, Lanehead was a creative hive: the whole family were writers, artists, sculptors, musicians, archaeologists and antiquarians. By welcoming the young Ransome – at a time when he was aspiring to a creative career – they gave him a place in which he could experiment, flex his imagination and grow.

I had behind me a family who did not assume I was heading for some disastrous failure and were not convinced that whatever I was doing I should be better employed doing something else. The whole of the rest of my life has been happier because of them.
The Autobiography of Arthur Ransome

We want a Ransome Centre to emulate that, by being a place where people of all ages can discover, experience, imagine and enjoy Arthur Ransome’s life and works, including the Swallows and Amazons novels. We envisage having exhibition spaces at the core of the centre – and glass in the windows – but we don’t want a static museum. Arthur Ransome deserves a memorial, but we want it to be a living one, not a mausoleum. Just as Ransome’s life was changed by the Collingwoods, so have innumerable careers and hobbies been inspired by him.

Buried Treasure
is our publishing project, bringing Ransome’s works back into print.

Camp Fires
is our programme of occasional public talks and meetings.

Temporary Moorings
is our programme of substantial exhibitions, organised in partnership with host organisations.

Snug Berths
raises awareness via semi-permanent information at locations in the Lake District.

Voyages of Discovery
offers static displays and mobile events across the UK. 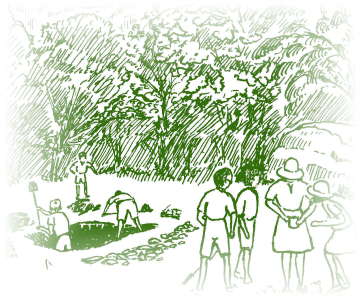 ‘Barbequed billygoats,’ said Nancy. ‘If it’s there, we’ll get at it all right if we have to dig through to Australia.’
Pigeon Post

Our “first mugs of water” include:

of Ransome’s original works republished, including A History of Story-Telling, The Autobiography of Arthur Ransome and Old Peter’s Russian Tales & the Battle of the Birds and the Beasts

summer-long exhibitions in the Lake District, Imagination and Reality, the Art of Arthur Ransome and From Coniston to the Kremlin: Arthur Ransome’s Russian Adventures

Voyages of Discovery at locations across the UK, including theatres and central libraries in Bristol, Cardiff, Chichester, Darlington, Liverpool and Leeds, and Cumbrian shows including Coniston, Grasmere, Holker Hall and Lowther.

public lectures, on subjects including his relationship with the Collingwoods and his approach to literary maps.

Out of sight we have also been researching potential locations for A Ransome Home and opportunities for Model Students. 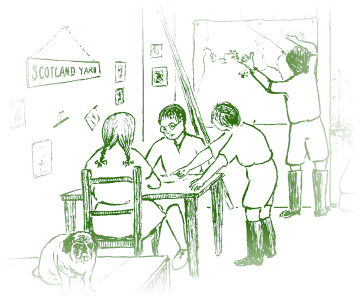 Our current major priorities are to:

We are also continuing to:

Discover how you can help to create Arthur Ransome’s legacy for the 21st Century
Visit our Resources page for more detailed information about ART
By continuing to browse the site you are agreeing to our use of cookies.
Accessibility by WAH