Skip to content
It is characteristic of great men that, born out of their time, they should come to represent it. (Oscar Wilde: a Critical Study)
... a thought for today ... 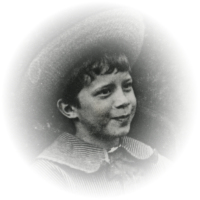 “Mine has not been a life of consistent effort towards a single end. It seems to me that I have been like a shuttlecock bandied to and fro by lunatics. I seem to have lived not one life, but snatches of a dozen different lives…”
The Autobiography of Arthur Ransome

In total he wrote over forty books, contributed to many more and wrote extensively for newspapers, including the Manchester Guardian. His subjects reflected his interests and his life. As a young man he was a romantic Bohemian, fascinated by the art of story-telling. Folklore took him to Russia in 1913. Once there, war and revolution turned him from romantic fiction to war reporting, political journalism and amateur diplomacy. Among many other adventures Ransome played chess with Lenin, discussed Shakespeare with Karl Radek, married Trotsky’s secretary and helped Estonia gain independence.

Perhaps it is no surprise he attracted both MI5 and MI6’s attention. Or that he once wrote “I seem to have lived not one life, but snatches from a dozen different lives”.

A keen fisherman and sailor, with a life-long love for the Lake District, Ransome was above all an accomplished and professional writer. In addition to children’s literature, he made significant contributions to sailing and angling writing, literary criticism and political journalism.

…and welcome to the Arthur Ransome Trust

Scroll down to see why that matters, and how you can help to create Ransome’s legacy in the 21st Century. 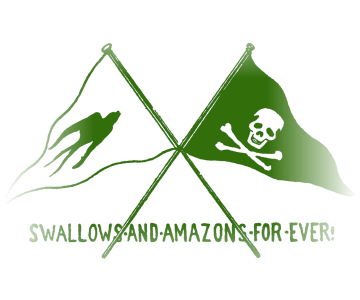 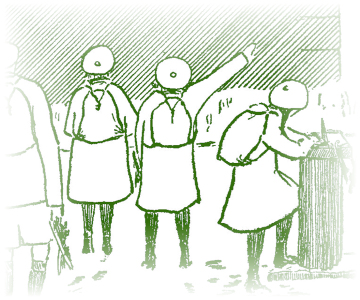 The Arthur Ransome Trust is a small charity with a big vision: to help people discover both the fiction and reality of Arthur Ransome’s fascinating life.

“No matter where I was, wandering about the world, I used at night to look for the North Star and, in my mind’s eye, could see the beloved skyline of great hills beneath it.”
Author’s note for Swallows and Amazons, 1958

Our major goal is to create a dedicated Arthur Ransome Centre in the Lake District, Ransome’s spiritual home. His novels touched many subjects – not only sailing, camping and fishing, but also geology, astronomy, conservation, exploration, social history, folklore, farming, bird protection and much more. They have already been shaping lives and careers for over 80 years, and we believe that a dedicated centre will help them continue to inspire generations to come.
ART’s potential will only be fully realised through a vibrant Ransome centre. But this shouldn’t discourage us from beginning to fulfil it today. There is much we can do now, in anticipation of doing it better in a permanent future home. 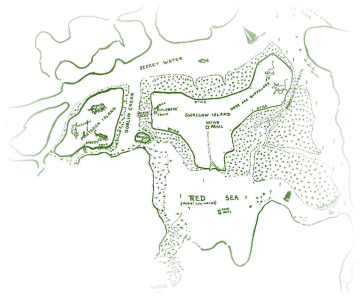 ‘All four of them had been filled at once with the same idea. It was not just an island. It was the island, waiting for them. It was their island. With an island like that within sight, who could be content to live on the mainland and sleep in a bed at night?’
Swallows and Amazons

That is why we have a range of active projects, including:

We believe each project is valuable in itself. They offer benefits both now and in the immediate future. But they also offer stepping stones on our main “expedition” towards a Ransome home.

“The prospect before them was too vast for chatter” (Swallows and Amazons).

They lay there, making plans as if they were going to be on the island all their lives.
“Properly,” said Captain John, “we ought to shoot wild goats for our food.”
“Only there aren’t any,” said Susan.
“And we haven’t got a gun,” said Roger.
“Of course,” said John, “it’s quite all right to have provisions, pemmican, and all that, especially biscuits. All explorers do that.”
Swallows and Amazons

Every worthwhile expedition can feel that way. Just as all truly worthwhile projects need proper planning and preparation.

Yet success depends on provisions as well as plans. Two types in particular are vital for ART to fulfil its potential.

They are people and funds.

Only people can provide imagination, energy, enthusiasm, determination and encouragement.  ART needs these to thrive. As a small charity we do not have paid employees, relying instead entirely on volunteers. People who believe that offering Ransome’s legacy in the 21st Century is a worthwhile goal.

People make a difference. Will you?

Sometimes watching expeditions or games is the right thing to do. It can be fascinating. It could be informative. Or it may just be fun.

But watching a game is rarely as satisfying as taking part.

Get involved – and make a difference

“No, no, no,” said her mother. “You can’t do that. Send out your pioneers and find the right place.”
Pigeon Post

In Arthur Ransome’s Carnegie Medal-winning novel, Pigeon Post, the Swallows, the Amazons and their friends Dick and Dorothea are determined to become gold prospectors on the Lakeland Fells. The Amazons’ mother, Mrs Blackett, thinks they’re playing a game. They know they’re not. But how can they start in a drought, when water is scarce and everyone is petrified of fire? It is here that Mrs Blackett recognises the need for pioneers. For people prepared to go first. People whose efforts will enable all their future plans.

PART – Pioneers of ART – is for anyone who supports ART’s aims and wants to see them fulfilled. Do you want to:

With provisions, pemmican and biscuits 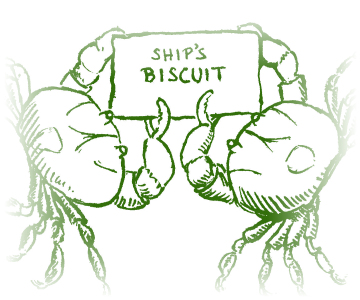 Yet people alone are not quite enough. As John observed:

Volunteers’ goodwill greatly reduces our costs. But it can’t remove them completely. Even biscuits cost money.

ART’s “biscuits” include items like educational leaflets, exhibition displays and transport to get those displays to events. All our projects need food. None can prosper for long without regular, ongoing support.

can print over 50 educational leaflets

can help us produce display panels for exhibitions

can help us transport an exhibition or display

Every heave helps, however long your arms.

“Now,” said Captain Flint. “Mr Duck and I can hoist that mainsail between us. But we have to take one halyard at a time, and belay the peak while we’re hauling on the throat.
Let’s see what we can do with the lot of you tallying on.”
Peter Duck 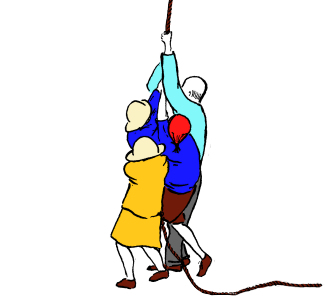 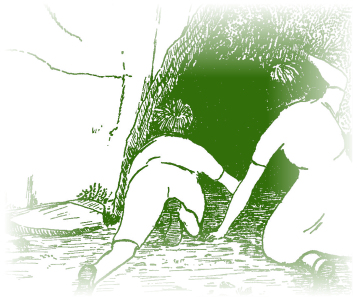 “Grab a chance and you won’t be sorry for a might-have-been” (We Didn’t Mean to Go to Sea)
Why not grab this chance to stock – or restock – your Ransome bookshelf with:

‘They walked, as millionaires, into Roy’s shop.’
The Big Six 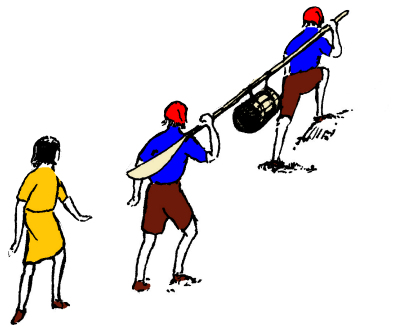 I left Moscow with a Russian diplomatic passport and a soldier of the Red Army, who translated for me from my Russian into his American. (Letter to AG Gardiner, August, 1917)
... please keep exploring! ...

By continuing to browse the site you are agreeing to our use of cookies.
Accessibility by WAH